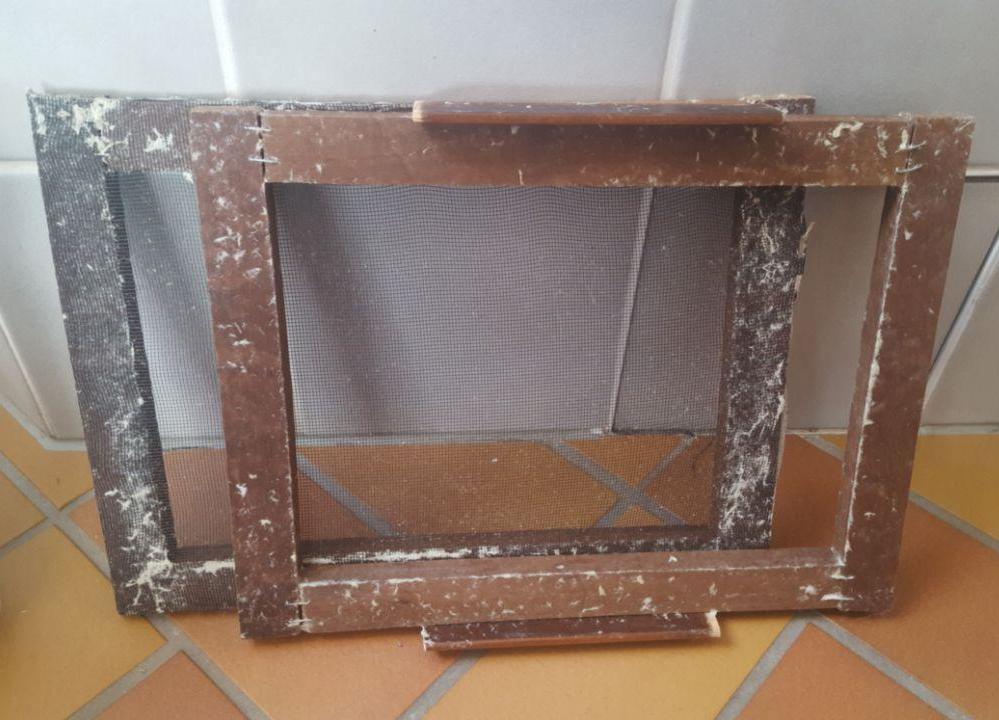 It started with a talk about paper flaws. In one of the first weeks I stayed at home during the Corona pandemic, I saw an online talk by Andrew Honey, conservator of the Bodleian Libraries. He was explaining how to find paper faults in seventeenth-century books and what they can tell us about early print culture. A substantial part of his talk was the description of how paper was made 400 years ago, so the audience could understand at which points during the process of papermaking the faults emerged.

Understanding objects by investigating the mistakes that were made during producing them is a fascinating approach. As I learned in History of the Books: mistakes often tell us much more than flawless objects. They show which step of the production was complicated, if the person who made it was careful and well-trained, which value the object had. It is the same in language history, which is more my area of expertise – writing errors and how they were corrected are full of information about the meaning of the words and the history of the manuscript.

Listening to Andrew Honey’s explanations, I became more and more convinced that I wanted to try it out for myself – and see whether I would be able to avoid the paper faults. Since I recently learned that it is possible to make parchment at home, why should I hesitate with paper?

So I gathered some wooden strips, fly screen and a wood tacker to build a mould and a deckle. I cut the wooden strips in a length so that the paper would later become an A4 format and stapled them together, creating two wooden frames. (I am aware that there were no staplers in the Middle Ages – but accepted this anachronism due to the convenience of modern tools.) A little bit of advice: use softwood; I have made it a lot harder for myself by using beautiful but really hard wood. To the one that was supposed to be the mould, I attached the fly screen. The deckle has been given two narrow wooden strips on the sides to hold it in place while making paper.

After preparing mould and deckle, the next thing I needed was the material which would make up the paper. In the beginning of papermaking in Europe, old rags were used as raw material. Those were beaten down into pulp in paper mills to obtain fibres of hemp, flax and cotton. For modern papermaking, one can recycle old paper and therefore skip the longer-lasting process of extracting the fibres. I used old newspaper, soaked it with water and then shredded it with a kitchen machine. An anachronism, again, but as I said…

And then it was time to make the paper. This happens in a big basin of water. On the first try, I put the deckle on top of the mould, dipped both into the water and poured the paper pulp directly onto the mould. This worked not very well – the paper became thick and lumpy. So the next time, I poured the paper pulp into the water, stirred it and then slipped the mould and deckle vertical in from the side. As soon as they were under water completely, I horizontalised them and pulled them out.

It has taken a few attempts to learn how to do that in one smooth move but the result was so much better: The pulp spread evenly over the fly screen, creating a thin and plain layer. At one point, I decided to stretch the fly screen more tightly over the wooden frame which made the paper even more evenly. Unfortunately, as pretty as it was, the nice thin paper was harder to transfer from the mould to a piece of cloth, a process called ‘couching’, than the thick one. Although there is specific couching paper one can use, I improvised with thick cloths with a smooth surface, which might have been the reason why I had some difficulties here. Still, after a while, I managed to apply the right amount of pressure with a sponge to detach the pulp from the screen. After that, all it needed was patience. The cloths with the wet paper between them were layered and pressed with some weight (I used around 20 kg/50 pounds). About every twelve hours I changed the cloths. It takes some time but taking it out earlier results in wavy paper. And after three days I had wonderful, thin sheets of paper, ready to be written on.

At the end, I was proud to have produced at least five sheets of more or less flawless paper – but also stumbled over some of the paper flaws I have heard about, for example, my favourite, the coucher’s drop. Against my expectations, this actually made me pretty happy. It seems like my papermaking was not that different from the procedures of the seventeenth centuries; maybe I even found the same solutions while working through the process of trial and error. (Well, let’s forget the stapler and the kitchen machine.) Experiencing this let me realise how many little steps have to be conducted carefully until a usable sheet of paper is made by hand. Also, now I understand why papermakers started to mark their products. After putting so much work and effort into the process, I already know what I am going to do next: design my own watermark.

2 thoughts on “The Beauty of Mistakes: Papermaking at Home”