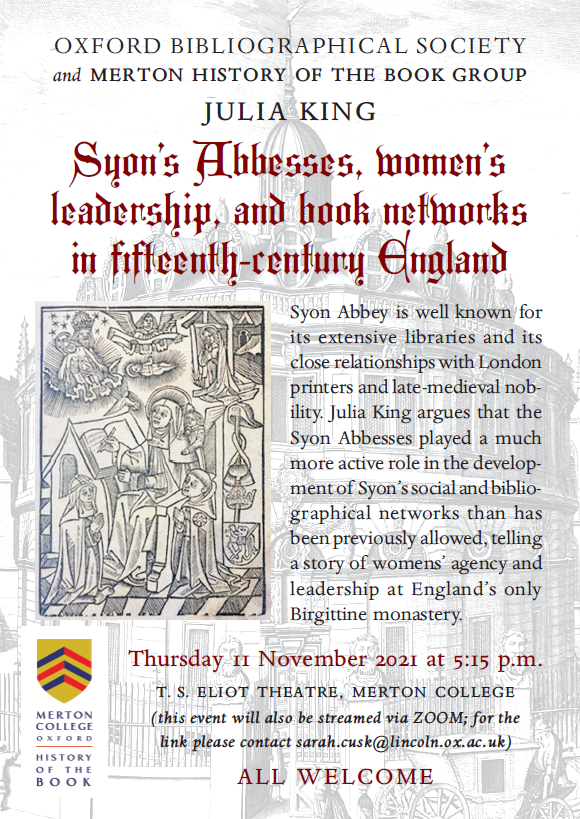 This event will also be streamed via ZOOM; for the link please contact sarah.cusk@lincoln.ox.ac.uk

Syon Abbey is well known for its extensive libraries and its close relationships with London printers and late-medieval nobility. Julia King argues that the Syon Abbesses played a much more active role in the development of Syon’s social and bibliographical networks than has been previously allowed, telling a story of women’s agency and leadership at England’s only Birgittine monastery.