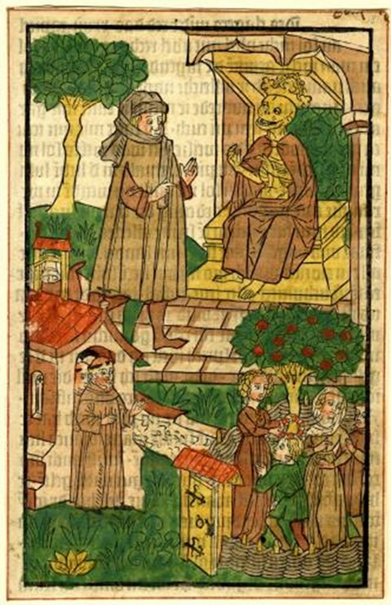 The lecture series by Henrike Lähnemann (Professor of Medieval German Literature and Linguistics) in Michaelmas Term 2022 at the Taylor Institution Library, Room 2, discusses German prose texts published in the first hundred years of printing. This includes a number of iconic texts written earlier such as the ‘Ackermann von Böhmen’ or transformed from verse into prose such as the ‘Prosa-Tristan’. The series also takes in some of the special holdings in Oxford collections. The lectures are aimed at German students studying late medieval (Paper VI) and early modern (Paper VII) as well as historical linguistics (Paper IV) but are also open for the interested public.